“Don’t worry, we can fix that in post” (What It Really Takes to Be a Great Editor) 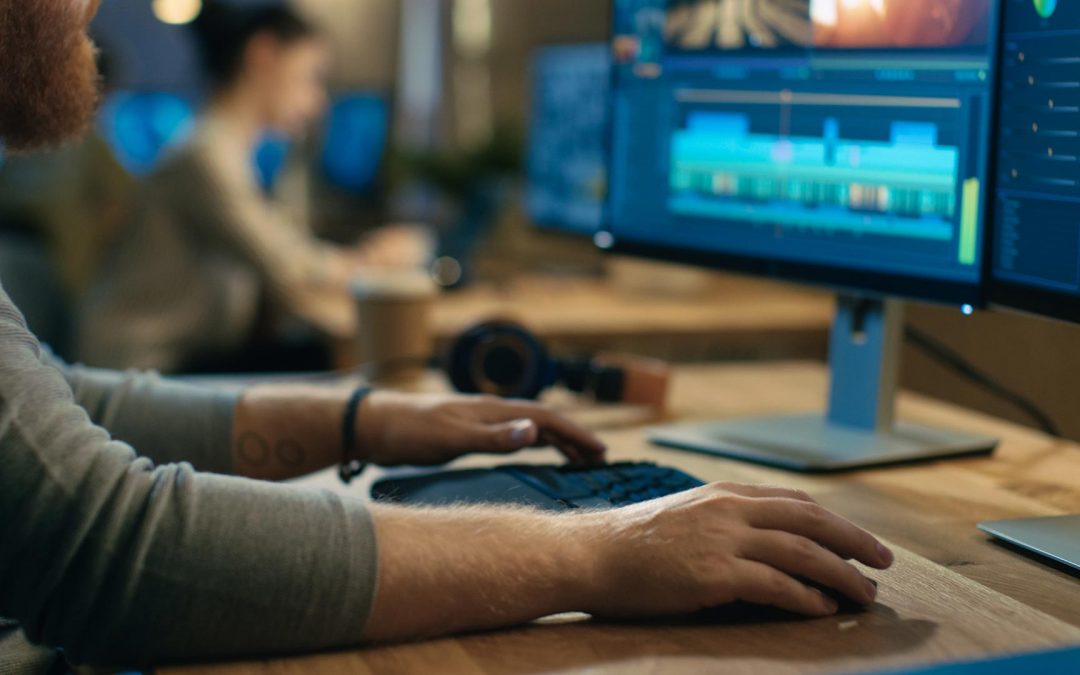 I’ve had a troubled relationship with editing over the years. On the one hand I’ve often felt trapped in a dark room staring at a screen while time dissolves and my hair goes grey. On the other hand, it can be a hugely rewarding creative process where months of hard work pay off and life starts to make sense again.

Today we’re going explore the process, pitfalls, and mastering of editing from the point of view of a professional editor.

Very often when you’re working on set you don’t shoot things in chronological order. This is why, as a director or cinematographer, it’s crucial that you spend some time editing your own work. The first time I edited a short film that I had shot, I found I was overlooking details. Shots didn’t flow, and as a result I couldn’t tell the story that was on the script. This was because at the time I didn’t understand the language of film. There’s a translation that happens in the filmmakers mind between what they see on set, and how it comes together in the edit.

In the early days of film and television, becoming an editor required special training and expensive equipment. Nowadays you really have no excuse not to learn the fundamentals of editing. That’s not to say becoming a good editor requires any less skill, time, or perseverance, rather that the barriers to entry don’t exist anymore. Whether you want to shoot, write, direct, produce, or act, understanding the edit will change the way you work forever.

Back in 2013 on one of the first music videos I ever directed, I had the privilege of working with professional editor Kathy Pryce at the Bristol post-production house Films@59. The video was a Victorian themed Christmas knees-up hosted by The Florin Street Band, involving around 100 cast and crew. Kathy has worked on countless BBC TV series and other broadcast productions and she did an amazing job at bringing this video together. Kathy has seen editing evolve from tape and floppy disks to lightning speed digital media, so I thought it would be useful to ask her a few questions and find out what it’s like to be an editor in such a fast-changing industry.

1. Can you tell me a bit about yourself – how did you get into editing?

I started my editing career in a cutting room as an assistant on 16mm film, as I wanted to be a wildlife camera person. Twenty plus years ago it was an unwritten rule that anyone wanting to make films should spend some time in the cutting room to understand the craft of editing. The editor I was assisting showed me an action cut and at that point I fell in love with editing and abandoned the camerawoman idea. Once that project finished I then spent several years assisting on video tape until I had enough experience and confidence to branch out on my own.

2. Tell me about how you as an editor work within a production. At what point in the process do you get involved and to what extent?

Editors in TV normally start on a film once everything has been shot, editors working on feature films normally start soon after principal photography begins. Some projects also budget for an editor to be involved in scripting, which is always an exciting time.

At the beginning of a project, I would get to know the rushes (raw footage), and talk through ideas with the director. This is always an important time for me as it’s the first time I will see the rushes so I make lots of notes based on first impressions. We would then put together a rough cut, or groups of sequences, according to the order of the script. After a first viewing we would then start to cut down and polish the film until we felt happy to show other members of the production and get their opinions. We would then fine cut and deliver the film to finish the post production process depending on what was needed – ie: dubbing, grading, audio mixing etc. On some projects, an editor will oversee this process, but normally my job ends once the final cut has been approved.

3. What makes a project ‘great’ for you to work on? Is there a particular style, way of working, or team that makes a difference?

A ‘great’ project always depends on the relationship between editor and director for me – his/her vision, and the story. The crew and production and post-production team can also make a project great. Creative and exciting footage also makes a project fun to work on.

4. How has the process of both working as an editor and becoming one changed over recent years?

Working on tape, an assistant would digitise the rushes in real time, we would edit at a reduced resolution and export a final cut sequence called an EDL (edit decision list) onto a floppy disc. Various discs would be created after final cut according to who would be using them. Eg: dubbing editors, online editors, grading and final mix. As a result, few changes were made once a final cut had been signed off.

Working with digital media, one of the challenges is keeping up with all the formats, technology changes so quickly. But with a wider variety of platforms, particularly the internet, comes a potentially wider audience and therefore the hope that more people will see your work. Making videos is also more accessible to people now, which naturally has its pros and cons.

5. What is the most useful book or video that has influenced you most?

Walter Murch and his writings have been a great source of inspiration for me, as well as many other film technique books. And watching/studying good (and sometimes bad) films, documentaries and tv shows.

6. What is the best investment you ever made? Of money, time, or energy.

I did a short course at the National Film and Television School (England), and also spent as much time with editors (quietly!!!) in the cutting room as I could.

7. What is your greatest challenge as an editor? Either day to day or on a project basis.

Managing expectations with footage that doesn’t equal what is in the producer/director’s head is probably one of the greatest challenges.
Creatively, cutting with little or no cut aways makes an editors’ job very difficult, and the film suffers as a result. Well timed and well shot cut aways can really make a good film, great.

8. Are there any bad recommendations you hear in your profession?

“If you can’t solve it, dissolve it”

9. What would you suggest to an aspiring editor straight out of film school? Any misconceptions that they should be aware of?

I would suggest spending as much time as possible talking to “old school” editors and understanding how films were made in the past. Editing is a mysterious craft, and mastering rhythm, pacing and story structure comes with experience and having “it” – kind of like an x factor!

I would be wary of any promises of big money payouts when the film is a “success” after you’ve worked for free.

I once read “editing is directing for the second time”. I think it’s a great phrase to describe editing.

I hope you’ve found these insights useful. Perhaps you were thinking about learning to edit or you picked up some useful tips, let me know in the comments.

Over the coming weeks I’ll be interviewing other filmmakers and extracting top tips and lessons, including how to shoot with the edit in mind. Stay tuned by subscribing to the newsletter below.